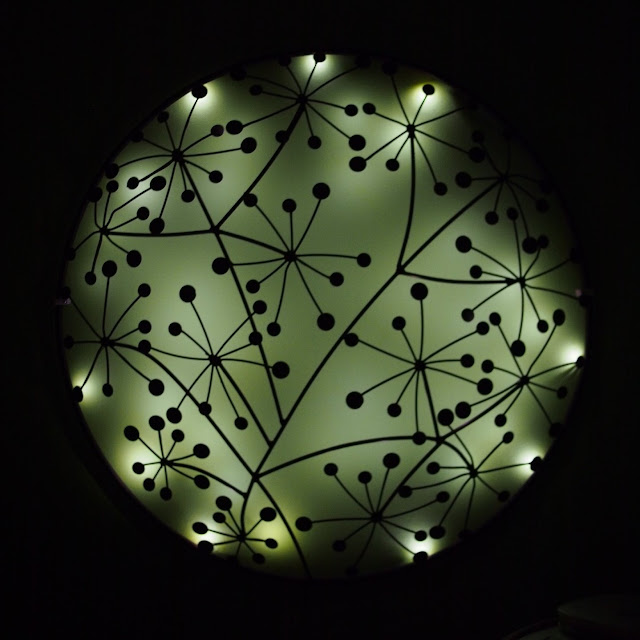 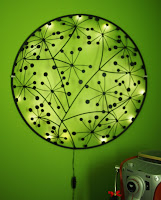 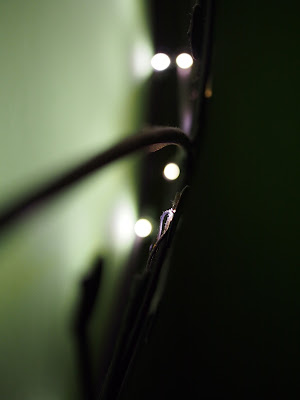 I found another self made lamp in the flat! Again one that produces no usable light. ;-)

As we went to the big garden center to buy all the eucalyptus seed pods for this monster, I ran in this, a big 1 meter diameter iron circle with a simplified flower motiv. After taking it home without really knowing what to do with it, I got my hands on a few high quality Osram SMD LEDs.

After a few hours work, I've rigged all the LEDs to the circle using the frame as ground. Only one wire is necessary to every LED, the wiring is nearly invisible.

The light has a strange opaque quality. It looks a bit like frosted glas is right under the frame. Sadly in the last years the lamp lost one of its 'leafs' (upper right) which I ascribe to damaged wiring. 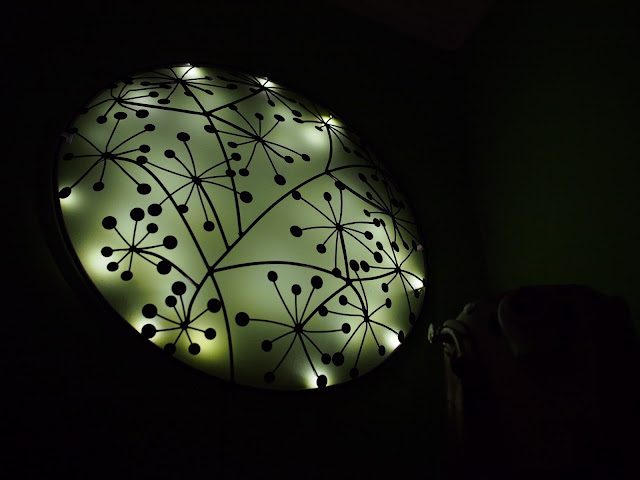 Posted by Peter at 00:35 Keine Kommentare: 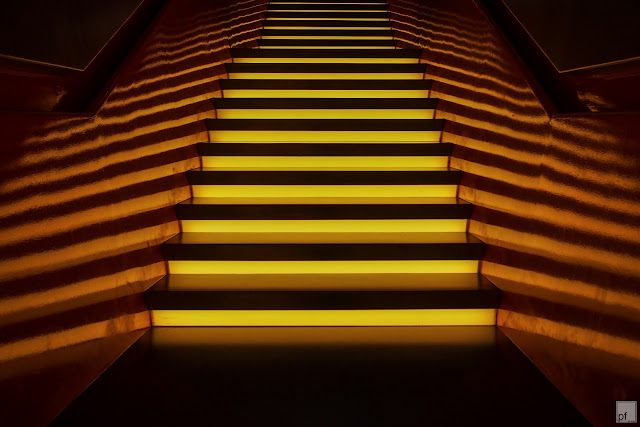 Yellow lighted stairs in the Mercedes Museum in Stuttgart.
I love how the yellow light strips continue as reflection left and right, and how the top of the steps tilt. And the intensity and clarity of the colors. And I love orange. =)

One of my favorite pictures.

Posted by Peter at 21:01 Keine Kommentare:

A great white one 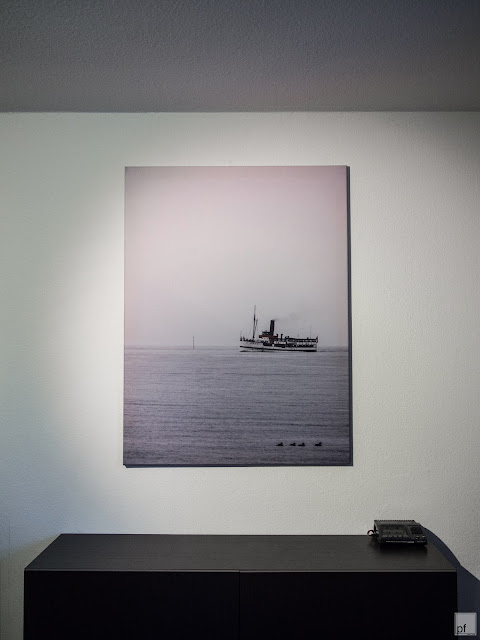 No, not a whale. A picture!
A photo from Newzealand, Queenstown on the South Island to be precise. I ordered it from WhiteWall in 100 x 75 cm as a textile print on a wooden stretcher frame. 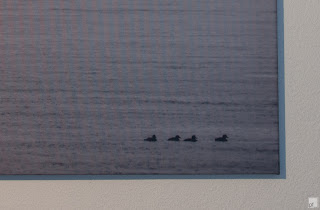 It's completely white in natural light. Under my halogen living room lights... well.

I tried to make a photo of it with bouncing flashlight, but this produces massive moiré over the whole picture for some reason, as seen on the ducks to the right.
Posted by Peter at 21:02 Keine Kommentare: 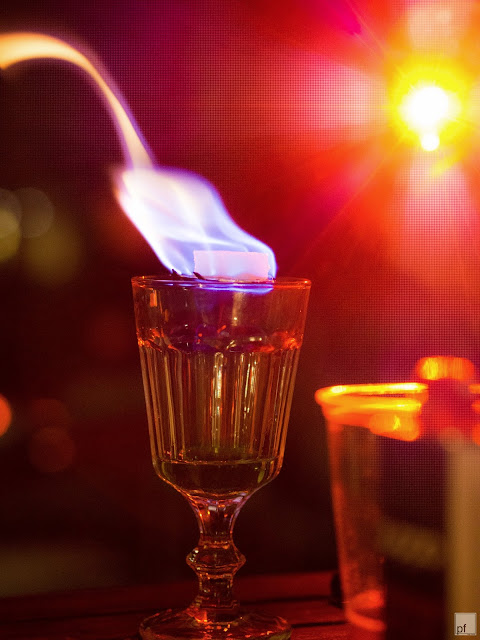 To compensate the loss of color in my blog.

I made this last weekend. A typical photo of the green fairy. I don't really know what happend to introduce that raster over the red light, some kind of jpg artifact I think.

I wanted to have a colourful template for the blog, but the pictures seem to vanish beside the aggressive violet. Lets see how long I'll stand to look at all this gray.

Posted by Peter at 12:57 Keine Kommentare: 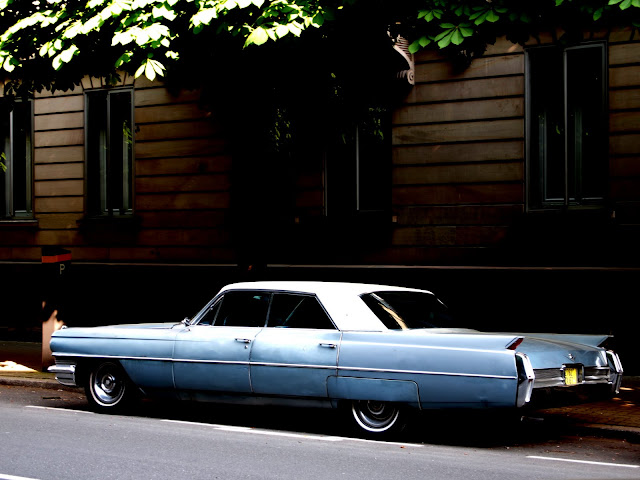 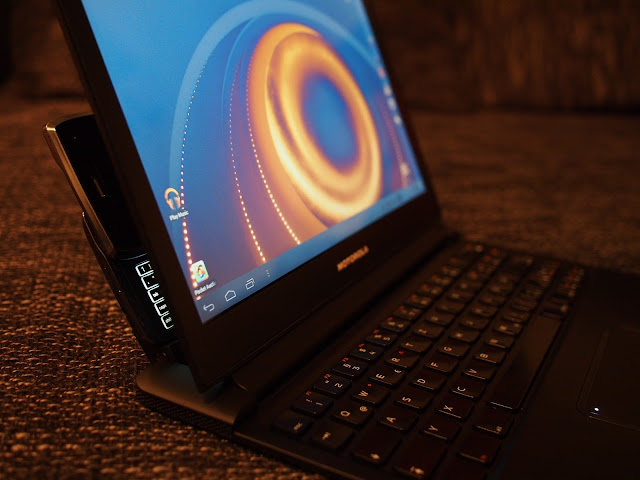 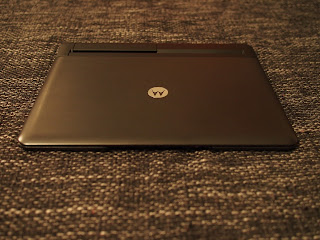 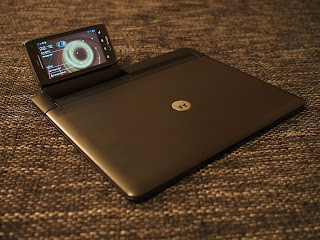 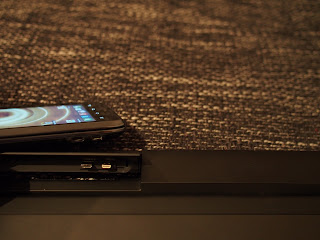 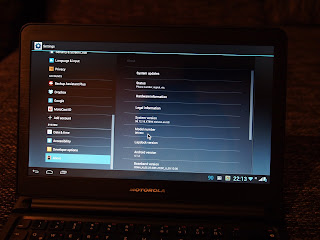 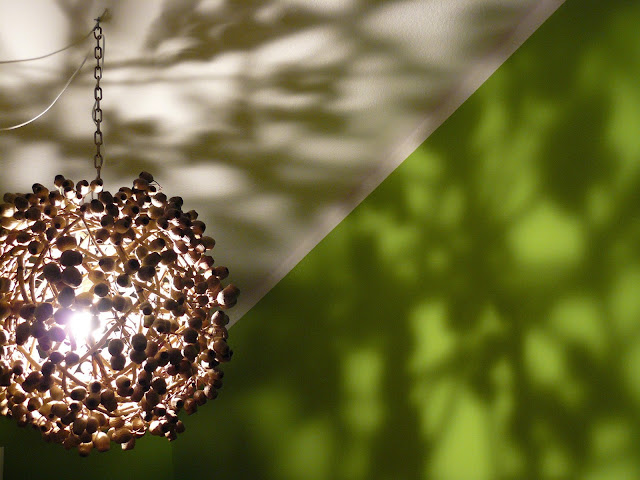 I'm didn't realize how many lamps I made! 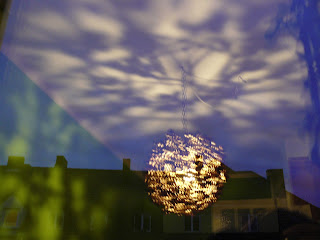 We wanted a cool looking lamp for our biggish kitchen and decided to build it ourself.

After getting inspiration in a big florist store, we bought a 40cm wooden ball made out of willow twigs and 5kg eucalyptus seed pods, found a strong brass chain in my fathers basement and got to work.

Thats the result shortly after hanging it up. The cables got sorted out as well. The photos show it with a 100W lightbulb which produced really awesome pattern everywhere but was sadly  completely unusable as a light source. 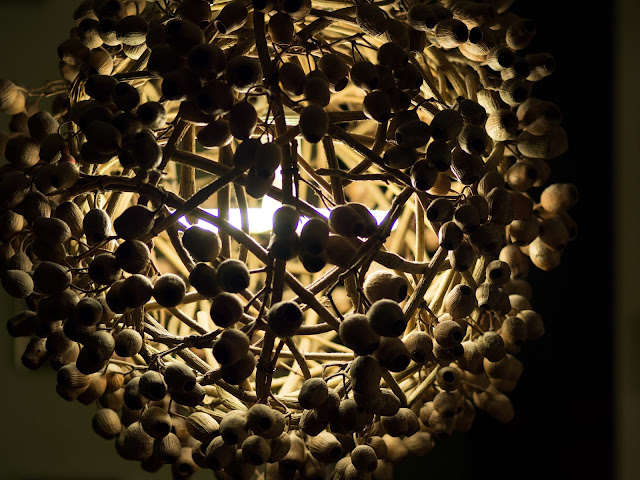 I installed a round fluorescent light instead, which produces enough light to light up the table below and does not throw shadows everywhere. 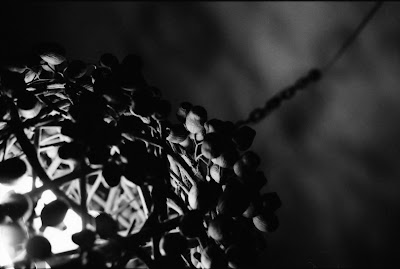 I think there is nothing in this flat (except maybe my girlfriend) thats more often photographed then this lamp. 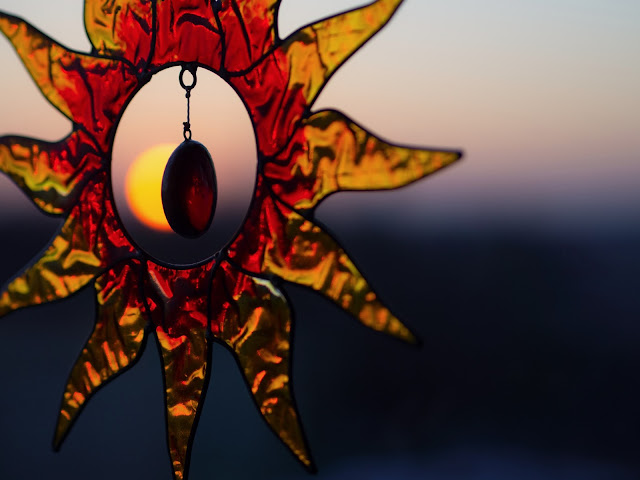 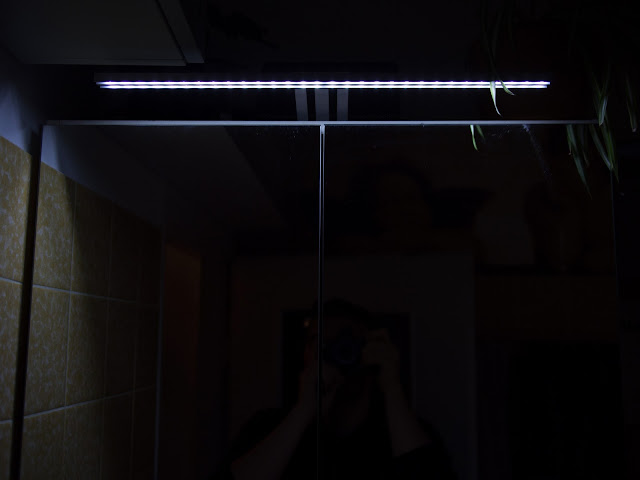 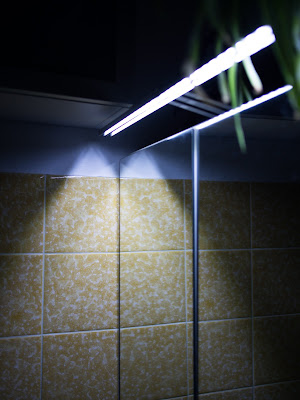 Our old mirrored bathroom cabinet had two halogen spot lights on top which where failing.
I love the light temperature halogen lights produce, but wanted to replace these lamps with something more progressive.

I took a 500x10x10 mm aluminium U profile and glued a cheap 12V white LED strip into it. Then I took two of these and used one of the old halogen mountings to fasten them to the cabinet. Done. =)

The light is a really blue white, and exactly the opposite I normally like. I think everything looks like a car commercial in this light. Maybe I replace it if I find something more my color. 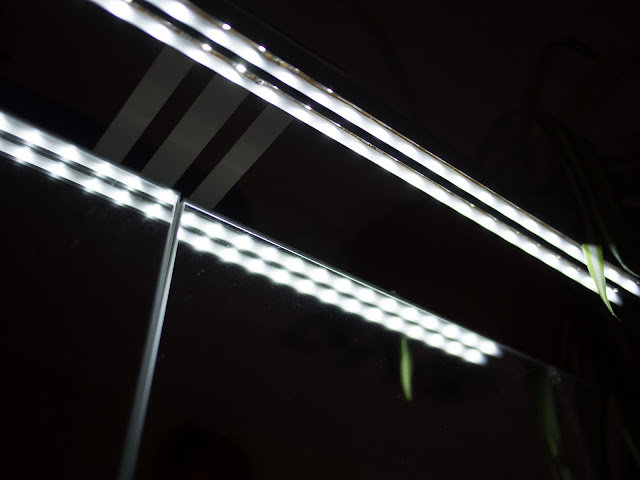 Nevertheless, I like that there are no shadows anymore (good for shaving) and it really looks cool. =)