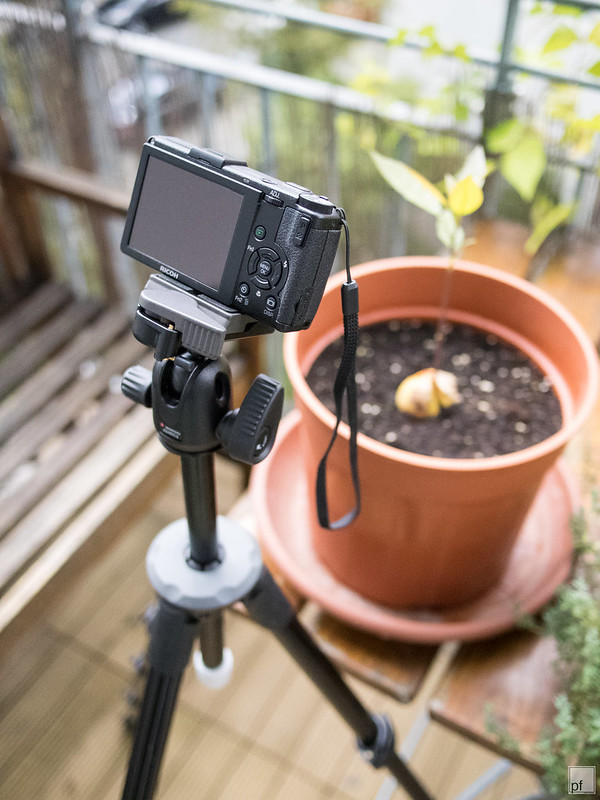 My girl bought me a Manfrotto 785B over 8 years ago. I liked it because its really light but was stable enough to mount my Panasonic FZ-8 and later my E-P1. That said, it was still ok to use with the E-M5 but I used it a lot with that camera and this showed at the head which couldn't be fixed down properly anymore. 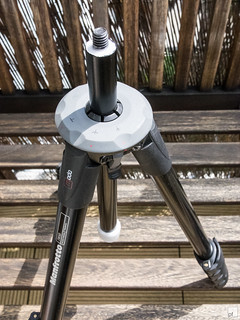 Being one of the cheaper Manfrotto tripods the head is not swappable, only replaceable with the same one. Nevertheless I wanted to upgrade to a better head and found the Manfrotto 494RC2 with mounting plate which is easily big enough to hold my E-M1 with 50-200 SWD (~2kg).

I removed the old head and used Plaast (hand-formable thermoplast like Fantastic Plastic) to form an end cap to protect the old thread. After it hardened it was easily unscrewable, so I can mount the old head again.

Then I turned the lower part of the center post around, unscrewed the original end cap, wrapped an 3/8 inch screw in Plaast and slowly screwed the still soft material in the thread. I fixed the screw down while the stuff was hardening and was already done.

A bit of way on the center post was lost, everything else is great. =)